Desktop Gadgets are back! Sort of… 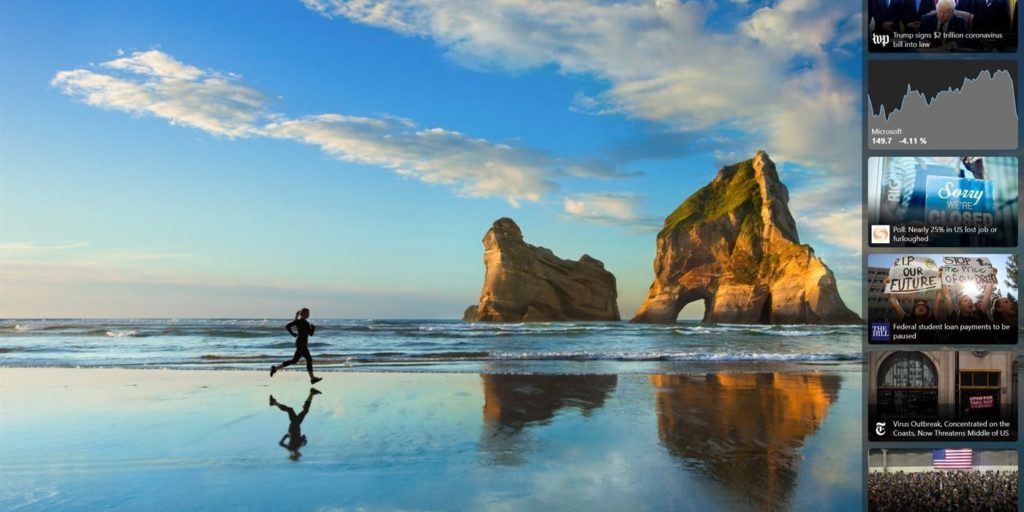 Since Windows 8 desktop gadgets are gone. But Microsoft released a new app called newsbar. And it is the first time since Windows 8 that we see live feeds on our desktops.

To start no this is not a April fools joke. Microsoft is really making this app and you can download it here. The app adds a bar to your desktop with news feeds. This reminds me a bit of Windows Vista where we saw something like this for in the form of gadgets. Does this mean that gadgets are returning?

Introduced in Windows Vista. Gadgets were widgets you could pin to a sidebar and with Windows 7 even all over your desktop. We had a Weather widget, a Calendar and many more. Reminds you of something? Indeed it almost sounds like live tiles from the modern versions of Windows. But live tiles were not the reason gadgets got removed. The reason for that was security. But since live tiles are basically the same idea they surely contributed to the removal of live tiles.