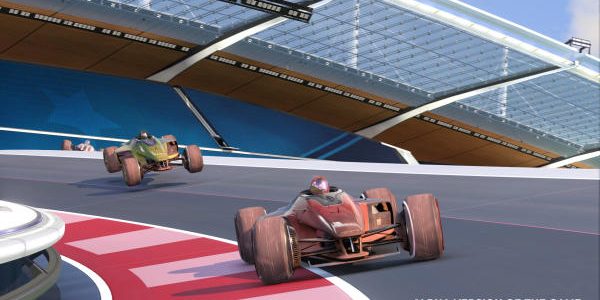 It has been a while since we saw a Trackmania game being released. Trackmania 2 Lagoon from 2017 was the most recent Trackmania game. It was also one of the first articles that i wrote but because of the new website i made in 2018 that article is no longer online. But back to the topic. We finally get a new Trackmania game. Well..sort of.

Well lets start with that it maybe it is not that new as many hoped for it will be once again in the Stadium. While the game will be build from the ground up it is still the stadium. While many people are happy about this. There are also alot of people who would prefer the open zones like Canyon, Alpine, Desert etc. But Stadium it is. The game will get updates more often and that is a good thing because the current situation is 1 update each year. And even those updates can be small. The new Trackmania will simply being called Trackmania. It also has a new logo. I do have my doubts about a new logo. First it looks more like TN then TM and the logo has been the same in all the Trackmania games so why change the brand? As for the release date, the game will release on May 5th 2020. Less then 2 months away.

Why Trackmania is a special game for me personally

I literally grew up with Trackmania. I played the first game when i was 4 or 5 years old. What i loved was the trackbuilder. At the start my tracks were simple with only some roads and nothing else. Later i started to add some trees and buildings. At some point a learned of Trackmania United and saw how people changed the landscape. They did this with mods but i did not know this at that time. After some researching on the Internet i managed to download some mods. This was also my first experience with mods. And now all those years later i still play the game. So i hope to see some cool stuff in the New game. And i will also upload some of the tracks to this website to download. And tutorials will be made once the new game is out.