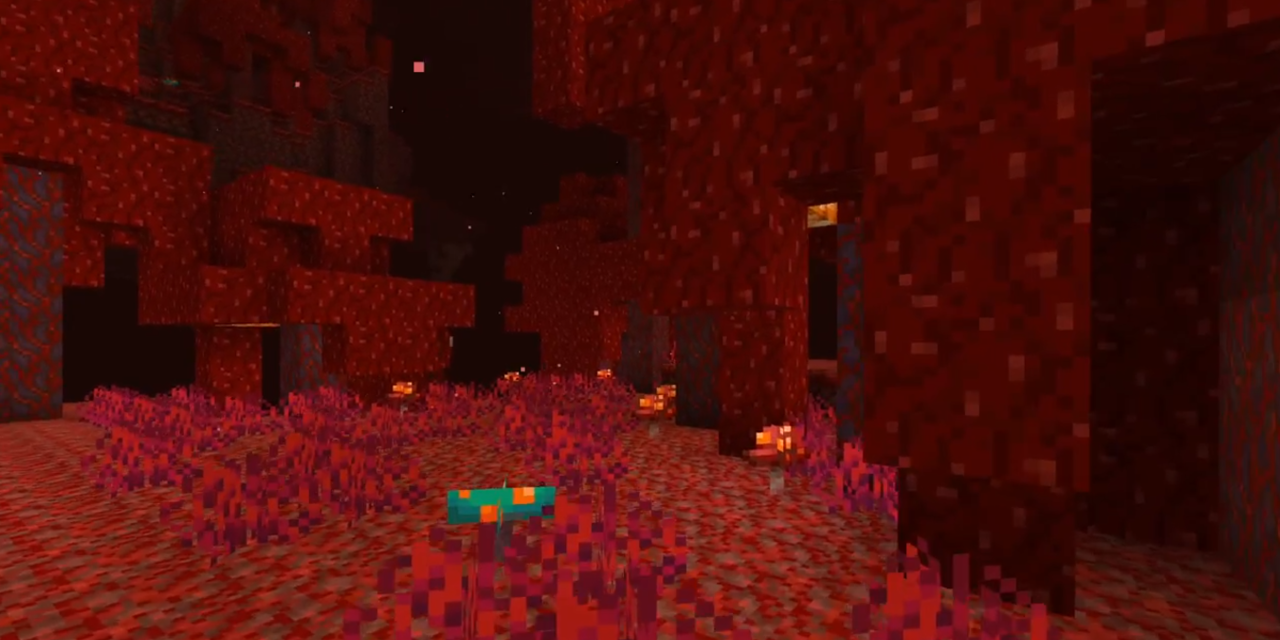 At June 23th the Nether Update for Mincraft Java and Bedrock Editions will go live!

The nether update is as you can expect focused on the Nether. The nether is a dimension in Minecraft that you can reach by building a portal. Right now the nether looks like hell. Literally!
In the new update the Nether gets biomes just like the overworld. This means that we get zones inside the nether.

The 2 biomes that were announched at Minecon 2019 are SOULSAND VALLEY and NETHERWART FOREST. The first biome is made of soulsand and blue fire. Yes blue fire. Once the update is live you can create blue fire on soulsand blocks. The second biome is a red or blue forest where you can actually live. There are trees ans animals and the whole biome looks gorgeous. We also get to see a new type of mob that we can trade with in the nether. But they aren’t as friendly as villagers.