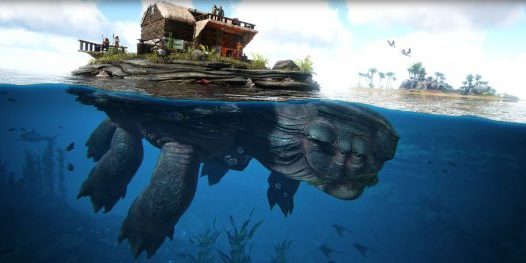 At long last after a couple delays the expansion pack for Ark Survival Evolved is released. It first was to be released back in December. Then delayed to January. And then to February and even the release time has been delayed 2 times. Will it be worth it?

Genesis bring a new map to the game and a ton of new items the player can use. And it wouldn’t be ARK without some new Dino’s. And not just dino’s we also got a giant turtle you can build on for example. Also a flying sort of space ship has been seen in the release trailer. And instead of one large map you must now teleport to different biomes. And you are now able to do missions. And maybe most important, some of the bugs in ARK that have been there from the start are being fixed like dino’s that got stuck in a rock.