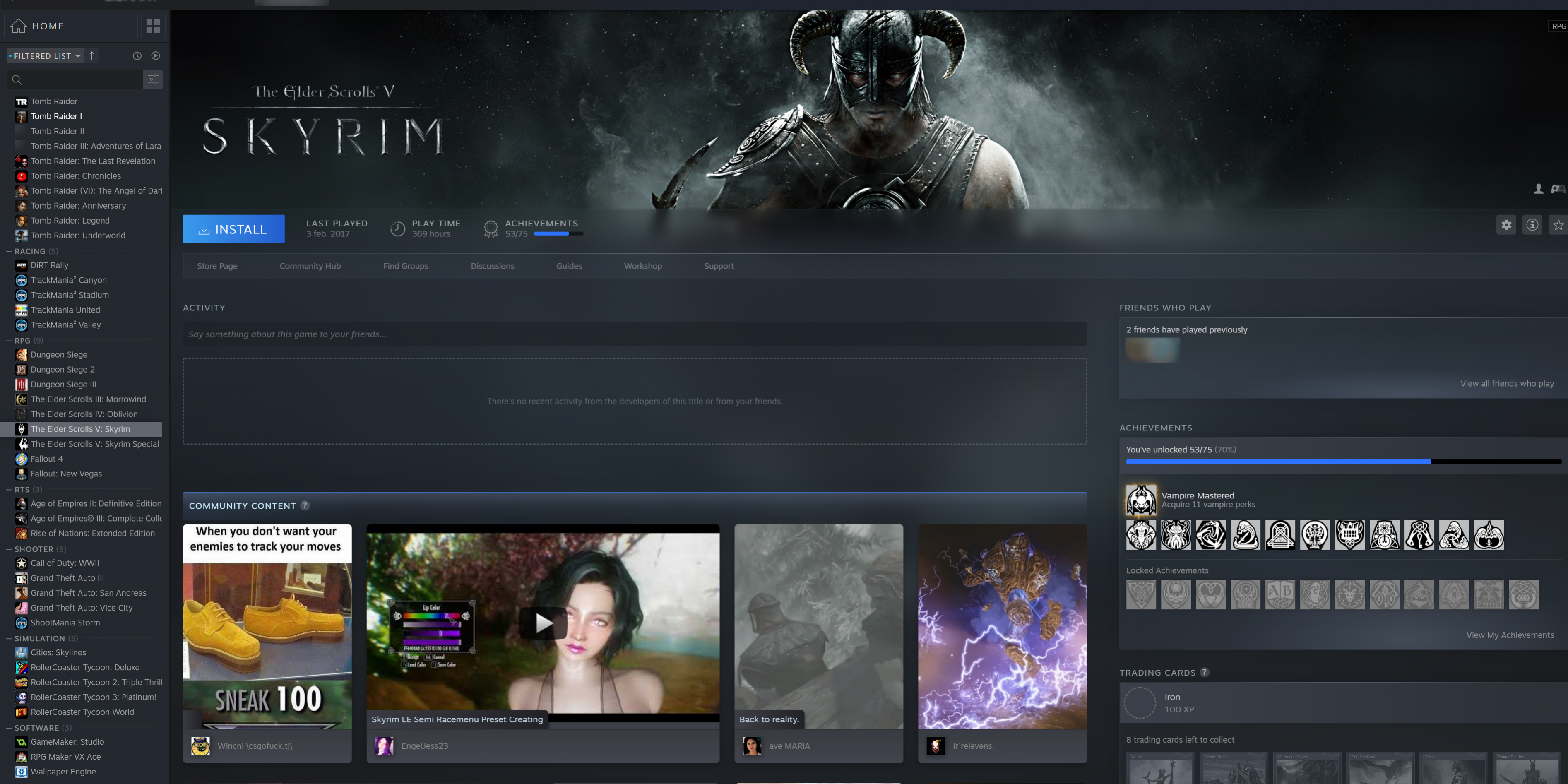 The new UI for steam is now in the Beta. The new UI was announced a few months ago. The UI overhaul makes steam look more modern and easier to use and some new features have also been added to the popular game launcher.

It looks more clean and modern to begin with. We now see more images and the library gets a home screen the highlights your games. Also steam labs is coming that will recommend games on base what you are playing. But what about Privacy? We don’t know enough about it yet to give a good opinion of it. But we can be sure that steam is watching the games you play. Lets just hope the steam won’t be Google for gamers.

The homescreen shows you your most recent played games and a whats new tab at the top. At the bottom we see all your steam games. At this moment not all games have the new covers but they will come before release.

When you select a game you see a header with the logo of that game. Below that you see a play button and some info about when and how long you played this game. Below that you see the activity tab. When you earn an achievement it will be showed here. But if a friend earns achievements for that same game it will be showed as well. Bellow you have the community tab where you see screenshots and video’s from the community based on that game. To the right you find your friends that also played this game. And below that you will find your trade cards.

It remains unclear when the new library will go live or the public. That could also depend on when the publishers finished their new artworks. To join the beta go to Settings > Account > Beta participation and hit the change button and select the beta.